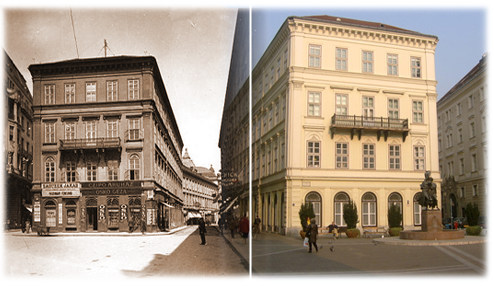 I. The first steps on the area of Insula Lutherana
II. The school’s first era
III. The emergence of the main high school
IV. The development of the school from 1873 to 1904
V. The Lutheran girl education in Budapest from 1904 to 1933
VI. The Deák Téri Evangélikus Leánygimnázium (Lutheran Girls’ Grammar School of Deák Square)
VII. The restart of the school in 1992-93

I. The first steps on the area of Insula Lutherana

The Lutheran congregation of Pest was founded in 1787. They rented a place in downtown Budapest for worshipping purposes. Education started here in 1788, in only one room with the leadership of the cantor. His job was to teach the little kids rudiments and to educate them in a religious spirit. The congregation got the area next to Kohlmarkt in 1791, which was referred to as the “Lutheran Island”. The two-storied building was finished there in 1793 and was based on the plans of Mihály Pollack. Education started in the building’s chapel on the ground floor.

High school from an elementary school

From 1811 two grammatical classes were created in addition to the elementary education. These classes prepared students for the High School Matura Examination. After the building’s expansion in 1815 the Lutheran Elementary School started a new class as well. The language of instruction was German, but later they started teaching literature and geography in Hungarian. Textbooks were introduced in 1816. In 1818 the school switched from coeducation to single-sex classes.
The building proved to be too small so in 1822 a second floor was built.

From 1823 a humanities class was started so the school became a high school made for younger children. The most important subject was Latin language. The students learned Greek, Hungarian literature and grammar, and History, too. The school’s first self-study group was founded in 1839, which aimed at giving the students proficiency and a deeper understanding of the Hungarian language. In the 1833-34 school year Sándor Petőfi, the famous Hungarian poet became a student in the school. His father brought him to the school hoping to assure that his son gets a good education in the German language there. He was probably the best in Art, securing him the first place on the list of students. He struggled with German, though, at least that’s what his place on the list suggests. Out of 114 students he was placed the 108th. His father was dissatisfied with Sándor’s performance, so in the next school year he took his child to the Piarists in Budapest.

In 1840 the school had 6 teachers, 348 students and 7 classrooms to teach in. There were 5 boy and 2 girl classes. The teachers lived in the apartment next to their classroom. Every Thursday and also every Wednesday and Saturday afternoons there was no tuition. In the elementary classes the teaching continued even in the summer. The surrounding streets were laid out with stone, so when a carriage passed by, it made such a big noise that teachers were unable to teach. There was always smoke coming out of the bakery next to the school and there were lots of people on the square, which meant there were lots of rubbish and stink on the streets. There were many famous students in the school at this time, such as baron Frigyes Podmaniczky, politician; Adolf Ágai, writer and editor; Miksa Falk, writer and newspaper publisher and Ferenc Kölcsey’s nephew, Kálmán.

The teachers spoke several languages and were involved in literature. They wrote school books, published poems and treatises. Although from 1842 the language of the education was Hungarian, they kept teaching German. Lajos Tavasy headmaster introduced school trips into the program. On 1 May or on the occasion of a school trip, they went to nature, such as the hills of Buda, to Zugliget, to the Roman ruins of Óbuda or to Visegrád. With his older students he took part in the War of Independence.

In 1848 the building of the church and the school were damaged, so the tuition had to be suspended.
From the 1850s a new school system was starting to be set up. József Székács, pastor and Pál Hunfalvy, school inspector (1853-1883) took a great part in this work. They renewed the teaching staff and the teaching plan. They also reorganized the Lutheran education in Pest. They planned to set up the four-grade elementary school, the six-grade girls’ school and the eight-grade grammar school. In 1854 the school was downgraded to an upper school. In the school year of 1865-66 a mutual aid group was launched for the cause to provide the diligent, extraordinary students with school books and stationery or even help them financially. From 1859 the National Protestant Orphanage helped the rural students’ housing problems. The high school’s and elementary school’s administration got separated in 1856.

After the site of the bakery had been bought from the treasury in 1861, the foundation stone of the new building was set on 23 April, 1863. The construction was financed by the church members’ public contributions, as well as from support of Pest. The new building had 8 spacious classrooms, teachers’ housing and a ceremonial hall. There were some shops on the ground floor also. The ceremonial hall was the place of several balls, ecclesiastical general meetings and concerts. The building became the most modern one amongst the schools in that era.
It was the first school building in Pest which had gas lighting. The school also got an aqueduct in 1871. Because of the lack of space the building didn’t have a drawing room, neither did it have a gym. The school had 12 full-time teachers and some substitute teachers. Some teachers became the members of the Academy, they were involved in literature greatly.
The teachers’ social recognition was really high. The students had to pay tuition fee,
the Lutherans paid 15 forints, children who were part of other religions paid 25 forints per year.

The discipline was strict and consistent. Going to taverns and cafes or damaging the equipment were prohibited. Smoking wasn’t allowed either near or in the school. Punishments were inter alia admonition, exclusion or reprimand. From 1877 the National Protestant Orphanage which was situated on Rózsák tere helped in placing the students. Lots of rural students got placed here. The “Dalárda” (choir) started in 1873, from 1882 there was an orchestra, too. In 1882 they equipped the Physics and the Chemistry room. In 1882-83 the school’s most known self-study group got the name ‘Arany János Kör’. In the sessions the students read out their own writings. It became a trend to read historical and natural scientifical writings, which they criticized strictly after reading. The self-study group movement got renewed in 1899. Every association had an elected teacher-president who had student officers, such as the president, the secretary, the assistant secretary, the notary, the treasurer, the librarian and the inspector. The presidential election used to be a big event. Starting from the school year of 1890-91 the afternoon tuition had stopped, although physical education and other non-obligatory subjects were still taught in the afternoon. There had been many trips in the name of physical education. The first one led to Adria, but there had been other trips to “Al-Duna” (the Danube) and to cities of the “Felvidék” region of Hungary. The education started in the Lutheran high school built in the Városligeti fasor in the September of 1904. The majority of the teaching staff went to the new school together with the male students.

The civil education started in 1883 at the Deák square, and functioned under the same management as the elementary school. In the ‘90s there was an idea of creating a higher girls’ school, but the school only received the required permission in 1914. As the World War I broke out in 1914, it only remained a plan. The teachers got recruited and during the Soviet Republic the schools got nationalized. The names of the teachers who fell during the World War I are written on the wall of the high school’s half-floor landing. In the 1919-20 school year the civil girls’ school started the education within the framework of the old system.

In 1920 the Lutheran church in Pest received building under number 36 in Veres Pálné street from the Országos Nőképző Egyesület for 15 years.

Here, in addition to boarding, they set up a three-year advanced studies program for girls who after their fourth year of civil studies wanted to learn modern languages, and wanted to acquire education in literature and art, but did not seek a diploma.

The study material was similar to that of the continued education course; however, it provided a nationwide approved school report and a high school graduation certificate accepted by colleges.

In the school year of 1930-31 the college became eight grade, and in the same school year the students took the first Matura Examination.

From September 1933 the school functioned as a girls’ grammar school, where every student could get a Graduation Certificate which was needed for University. In the 1933-34 school year the education took place in two buildings: The first four classes were on Sütő street and the other four classes were on Veres Pálné street. From the 1934-35 school year the division into two buildings has stopped, because the building’s 15 years rental on Veres Pálné street expired. A school uniform was introduced in the 1935-36 school year. It had to be worn for every lesson, ceremony and worship, even on school trips. The overcoat, the coat and the cap were dark blue. The jacket and the hat had a Luther rose emblem with the initials E.L.G.

The elementary school operated on the first floor and the girl’s grammar school was on the second and third floor. The medical room and the gym were on the ground floor. At that time the school owned a backyard, where the students could breathe fresh air. Today this is the congregation’s backyard.

In 1937 the school organized a memorial ceremony, then a delegation of students and teachers went to Kufstein to place a memorial plaque there in memory of the Independence War’s heroes. Today the plaque’s wooden replica can be found on the second floor of the high school.

In 1948 the elementary school and the first 4 classes of the eight-grade grammar school were nationalized. The upper school got abolished in 1952. Until the summer of 1993 the building was home to a local primary school.

In 1989 the education restarted in the Budapest-Fasori Evangélikus Gimnázium (Lutheran High School of Budapest-Fasor). The previous teachers and the students of Deák square started to organize themselves and started to make a program. In the autumn of 1991 negotiations started in order to give the school back to the church. The Lutheran High School started the 1992-93 school year in the “Aranytíz” community center with 2 mixed classes, 57 students and 4 full-time teachers. The restarted high school moved into the building on Sütő street in the summer of 1993. In the same year the eight-grade grammar school’s first two classes were started. The building was renovated continuously. The parliament voted to give a significant amount of money for the school’s renovation. While the Girl’s Grammar school didn’t even operate for 20 years, the still living former students and teachers of the school keep an eye on the work of today’s school and meet each other regularly every May. The school is supported by the “Deák Téri Evangélikus Gimnázium Iskola Alapítvány” (Lutheran High School of Deák square’s Foundation) which was founded by Éva Sólyom, former student of the school.

The restarted high school’s first director was Mátyás Schulek from the start until 2005. Since then the school’s director has been Edit Gadóné Kézdy. Today the teaching is in 12 classes, nearly 380 students learn here under the guidance of 40 teachers. There is an eight-class and a regular four-class section. 60% of the students are Lutherans, but there are several Calvinist, Roman Catholic and free Christian students, too. For spending free time there are lots of choices: there is a choir, an orchestra, a student theater group, a drawing study group, a film club and a Bible meeting.
The school museum can be found on the first floor. It collects memories of the school’s past. 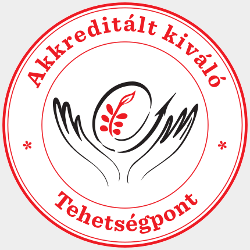 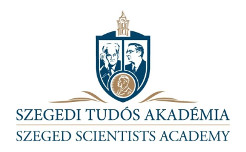